You know I’m crazy about mug cakes, they’re so easy to make, and they’re even easier to enjoy. Of course, mug cakes can be as varied as any cake, so you can make carrot cake, chocolate cake or red velvet.

Today, though, I’m pairing our mug cake with a pumpkin spice latte, so we’re naturally going for a keto cinnamon mug cake. The ingredients are basically what you’d find in a regular cake recipe, but miniaturized. For example, we’re only using a quarter of a cup of flour and a tablespoon of butter.

Of course, you can adjust the recipe to make as many mug cakes as you want. Since I usually make this one only for myself, I thought you might appreciate a one-serving recipe.

What Are Mug Cakes Anyway?

If you’re not familiar with mug cakes, let me tell you all about them. A mug cake is basically a bunch of cake ingredients thrown into a mug and cooked in the microwave, but there’s science behind this apparently miraculous treat.

Cakes rise when cooked; that’s why they’re fluffy and spongy. And what makes them rise is a chemical reaction between an alkaline agent and an acid. You might be familiarized with Alka Seltzer, well that’s sodium bicarbonate that counters the acidity in your stomach, relieving stomachache.

The very same sodium bicarbonate is what we in the kitchen call baking soda. Baking soda alone won’t make your cake rise unless there’s an acidic element in the mixture — that’s why some recipes also call for creme de tartar, an acid.

Baking powder is not the same thing as baking soda. Actually, baking soda is a combination of baking powder and creme de tartar. Of course, they won’t react when dry, but when you add your wet ingredients, AKA milk, vanilla extract, cream or eggs, then the reaction happens, making your cake rise.

This is why you’ll always find baking powder or a combination of baking soda and an acid in cake recipes, and mug cakes aren’t any different. The only significant difference is that mug cakes are cooked in the microwave, but that’s another story. 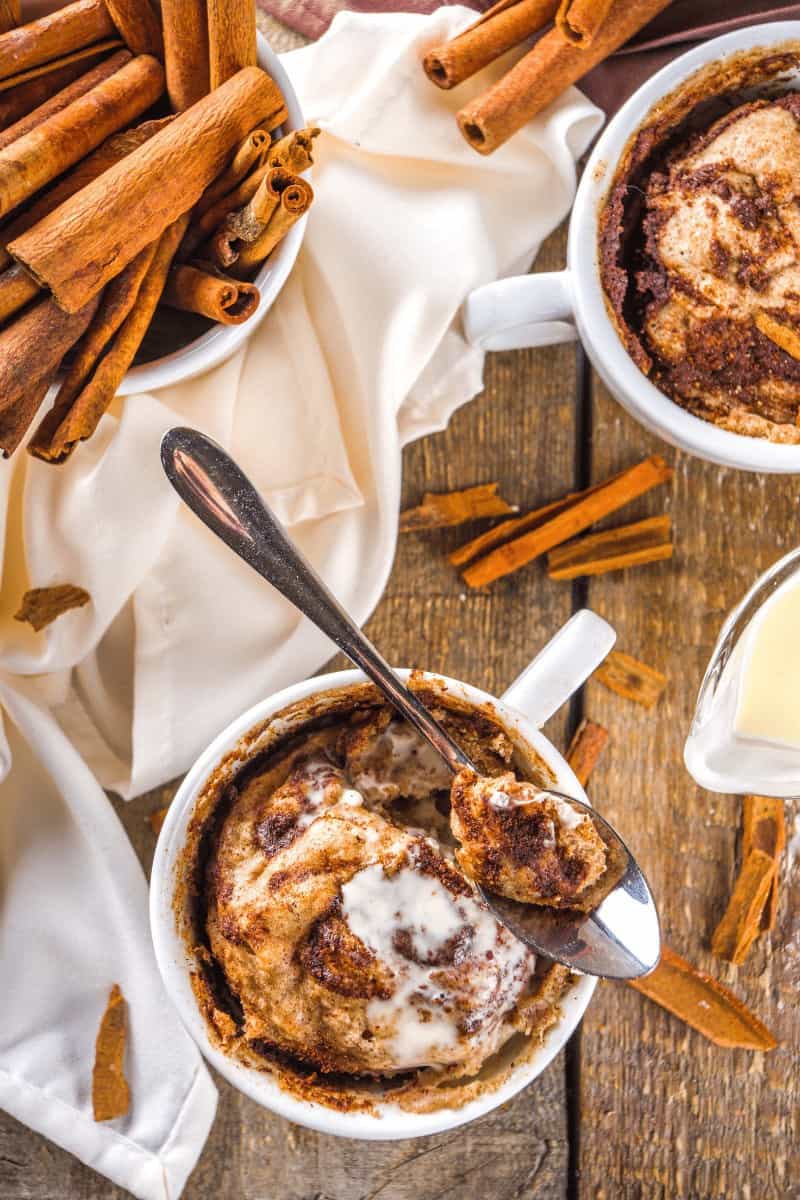 Is The Microwave Really Safe?

The microwave was invented in 1967, but mug cakes didn’t hit the mainstream until the last decade of the 20th-century, thanks to the Internet. The question is, are microwaves safe?

After over 50 years of using the microwave and considering almost every household in the world has one, there’s no evidence that microwaves are harmful. Microwaves turn electricity into electromagnetic waves or electromagnetic radiation. Radiation? Isn’t that dangerous?

The type of radiation in the microwave is harmless, and it’s similar to the one produced in your cellphone. Keep in mind light itself is radiation, so let’s not get all worried when we hear the R-word.

Just because your cake comes in a mug, it means that it can’t be pretty. For this particular cinnamon mug cake, I like adding some extra cinnamon and Stevia to form a sweet crust. Crushed nuts are delicious too, and you can go for hazelnuts, almonds or any other nut you have in hand.

A dollop of cream cheese frosting will make your mug cake look like a magazine cover, and it adds no extra carbs to your diet.

For a nice cream cheese frosting, combine 2 ounces of softened cream cheese with one teaspoon of butter and another one of heavy cream, just a drop of vanilla extract and your favorite sweetener to taste. Whisk and enjoy. You’ll love it! 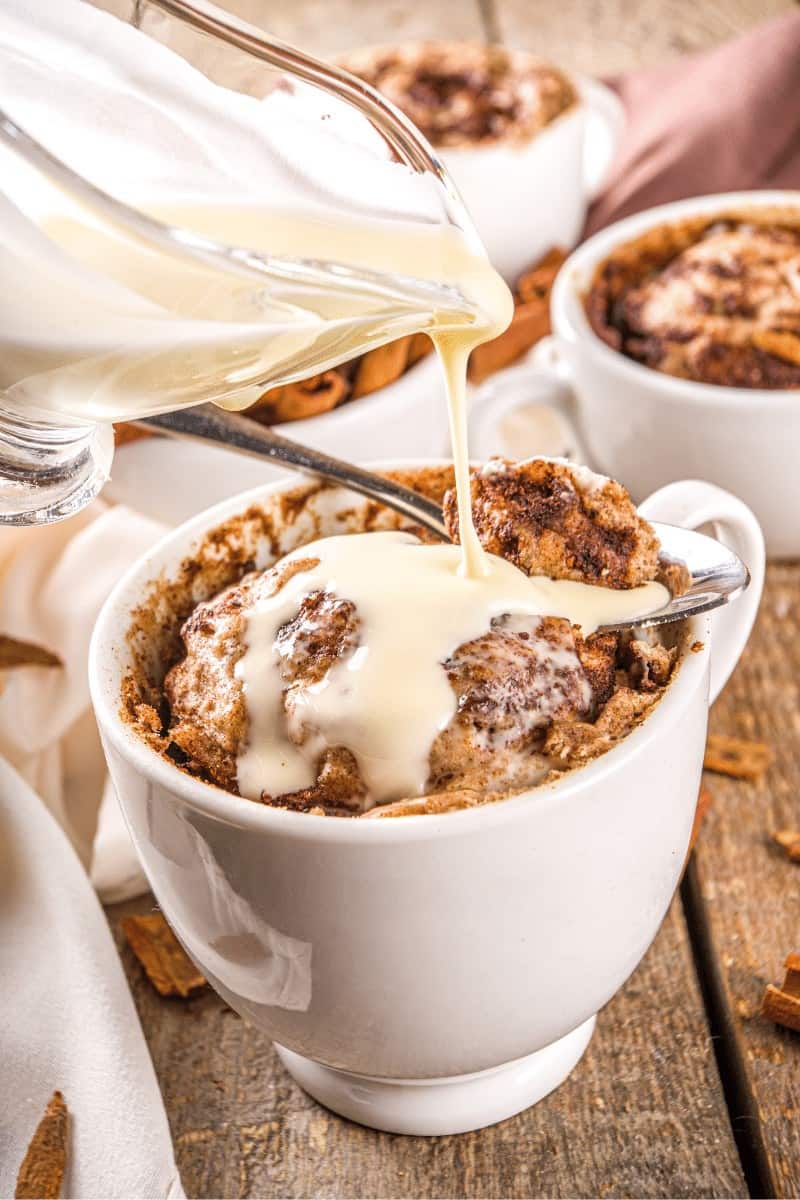