The flan is a custardy, often egg-based dessert with the smoothest texture and the most attractive sweetness. It’s as straightforward as desserts get. Still, the flan is one of the most luxurious yet comfy treats out there.

Did you know the flan, or some version of it, goes back to the Ancient Roman Empire? A cream and egg, custardy treat called ‘flado’ was insanely popular, and it soon caught on throughout Europe. The Spanish were particularly fond of flan and took it to their colonies during the exploration era, which is why the flan is widespread in every Spanish-speaking country.

Yes, flans are delicious, and they have a pretty cool history, but the most crucial question is, can a flan be keto?

A few years ago, I might have said no. There weren’t enough zero-carb sweeteners to substitute sugar in a recipe with so few ingredients. Today? Definitely yes. You can make a traditional keto flan, and it’s fantastic!

Flans are often called Crème caramel or caramel custard, and it’s for the desserts caramel topping that makes it immediately recognizable. So, here’s another pressing question. Can you make keto caramel to top flan? Of course you can!

Today we’re making a lovely flan with its caramel topping at all. Everything without sugar. This one will become one of your favorite keto desserts, that’s guaranteed.

What are we using to sweeten such a lovely treat, then? We’re using Stevia for the flan and allulose for the caramel sauce; it actually caramelizes!

There are many low-calorie sweeteners in the market, and although most of them are pretty versatile, some are better for some recipes than others. Allulose is 70 percent as sweet as regular sugar, and it’s one of the few sweeteners that browns when heated — that’s the perfect caramel layer for our flan right there. 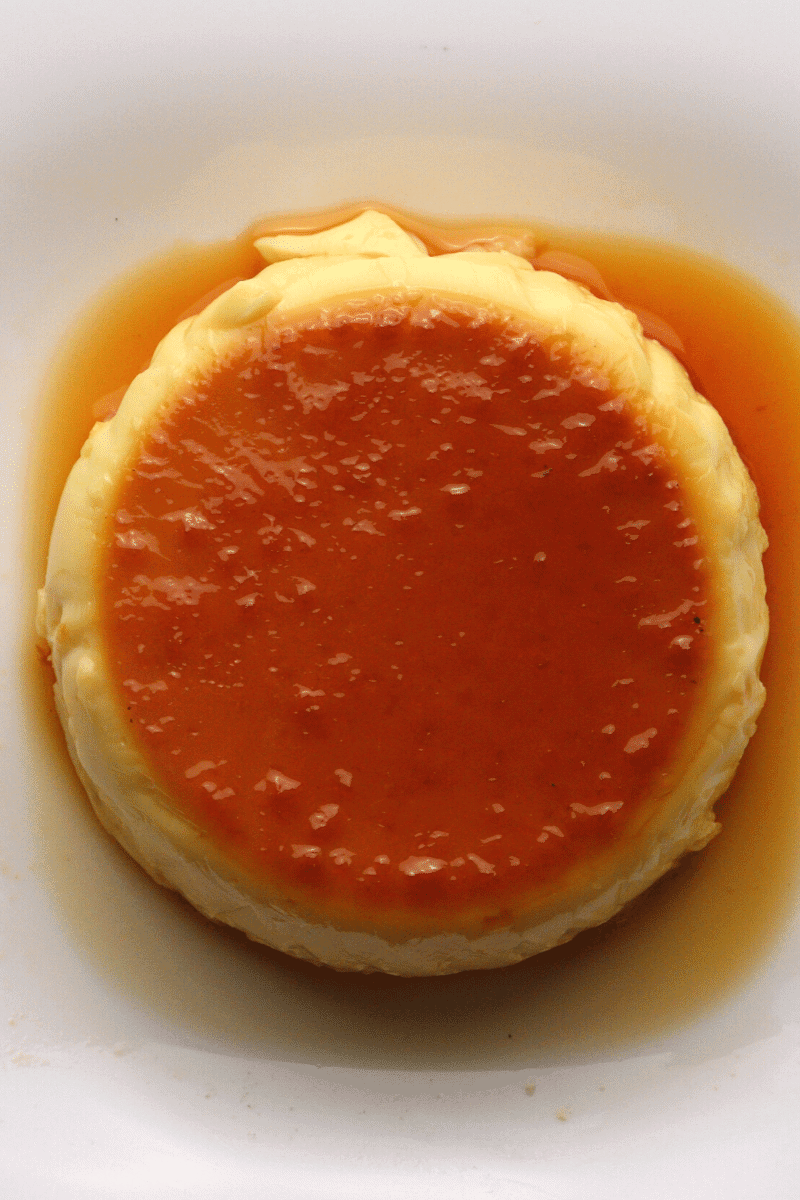 For our flan, we’re using protein-rich ingredients: whole milk and eggs. We’re combining them with Stevia for a sweet custard with a fantastic, smooth texture.

The secret behind the most successful flans is the flavors infused in them, and for this recipe, we’re going old-school. Instead of only vanilla, we’re using a lemon peel, and a cinnamon stick to aromatize the custardy dessert. It doesn’t get more traditional than that! You’ll love the flavor combination.

To make our caramel layer, we’re using allulose. By heating it in a small pot, you’ll bring it to a golden-brown color and a syrupy texture. It’s just like sugar, but better.

So, this recipe has two parts. Making caramel and then the flan. Both components come together gloriously for a proper traditional flan with no equal. 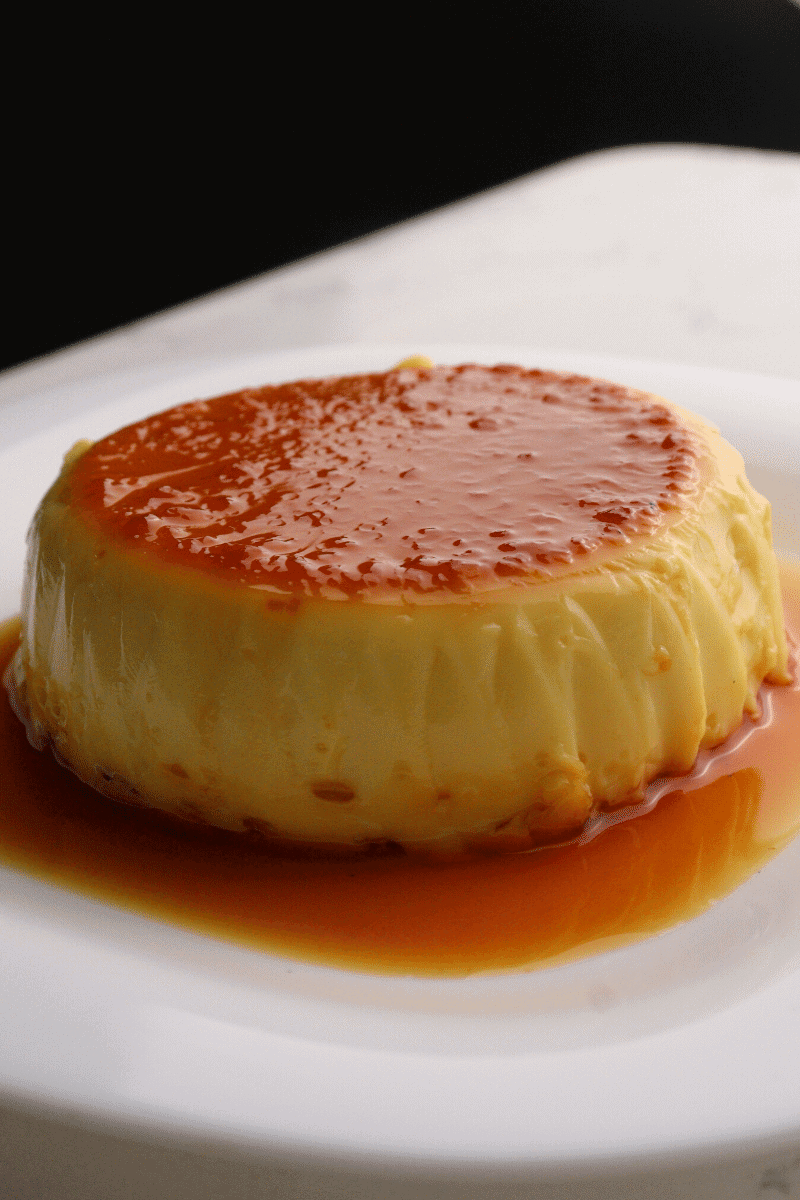 How Many People Can Enjoy This Flan?

Now, if you want to make a large flan instead of individual servings, follow the same recipe and use a Bundt-cake pan or similar. The presentation is the only difference. Single servings are a bit fancier, though.

What matters most is that all flans should have their caramel sauce topping. The idea is that every spoonful has both flan and caramel. That’s the intention.

Can you Store Flan?

We make flan with eggs and dairy, both food families with limited shelf lives. Still, you can make the flan up to two or three days before serving as long as you keep it in the fridge.

Storing leftover flan is a delicate matter too. You can’t freeze it, so you must enjoy those leftovers in a day or two.

Having said that, the flan isn’t complete until you let it rest for at least twelve hours in the fridge after it comes out of the oven. Since there’s no gelatin in the recipe, the flan relies on temperature alone to remain stable. 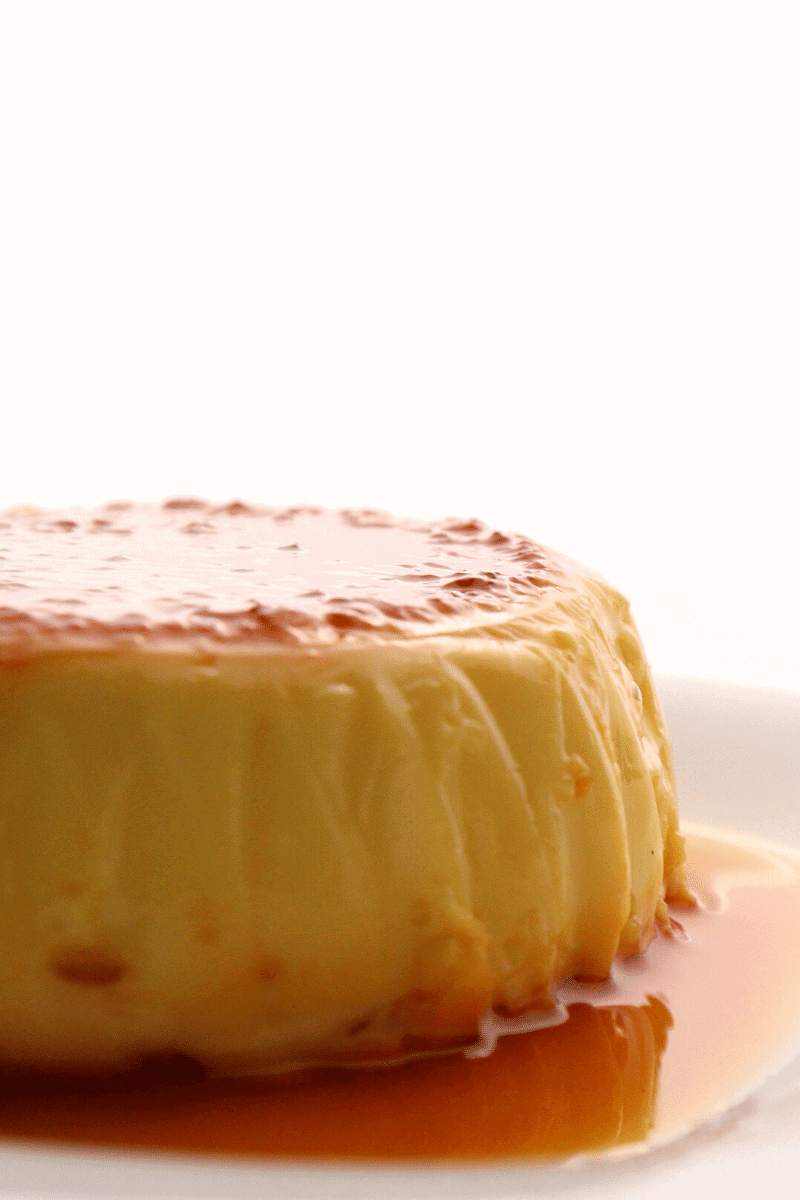 What to Serve with Flan?

Flan can be enjoyed on any given weeknight as a simple, homey dessert. Of course, such a nice treat is suitable for a fine long-tablecloth table. You can serve flan at a special dinner, and it won’t disappoint.

The flan doesn’t need much to shine; it comes with its own caramelly garnish. Still, you can serve it with a dollop of airy, sweetened keto whipping cream to contrast the dessert’s dense texture.

Make sure you serve the flan straight from the fridge and make sure it’s chilly. This is one of those desserts that are more enjoyable when very cold.

Making flan is a bit tricky, but once you master the recipe, you’ll have a versatile and delicious dessert in your repertoire. How not to love flan? 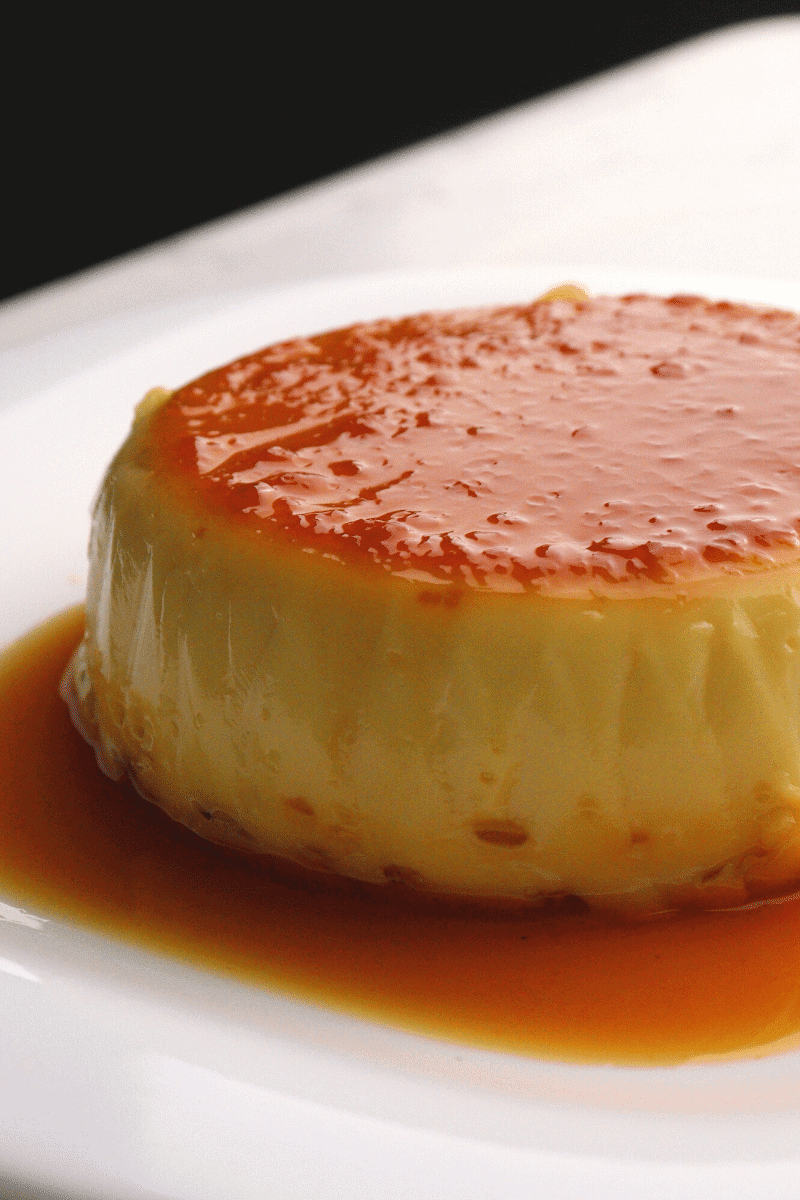 For the keto caramel layer:

1. In a saucepan over medium flame, heat the milk with the lemon peel, vanilla and cinnamon stick. Bring to a boil and remove from heat. Let it cool for 30 minutes.

2. In a mixing bowl, combine the eggs and Stevia gently until incorporated and stir in the milk slowly until it's all combined, and the Stevia is completely dissolved.

3. Strain the milk and egg mixture through a fine-mesh strainer.

4. To make the keto caramel layer, dissolve the allulose in the water and heat it over a low flame while stirring continuously. Once it starts to simmer, increase the temperature to medium heat and reduce until golden and syrupy.

5. Pour two tablespoons of caramel sauce into the ramekins or individual flan pans, allow the caramel to set for a few minutes and gently cover the caramel layer with the flan mixture.

7. Add a few cups of water into a baking tray and place the ramekins in the tray.

8. Carefully place the tray in the oven and cook for 25-30 minutes.

9. Remove from the oven, let the flan cool down at room temperature and rest in the fridge overnight before serving.