Trifle is just a fun word. Go on, say it with me, trifle. Traditional trifles are kind of dull, though, layers of sponge fingers, fruit and cream make for a nice dessert, but we can make the trifle better and more up-to-date for sure! Did you know the trifle goes back to the 1600s?

Now, how should a modern trifle look like? For starters, it should have no simple carbs — who still eats those, anyway? 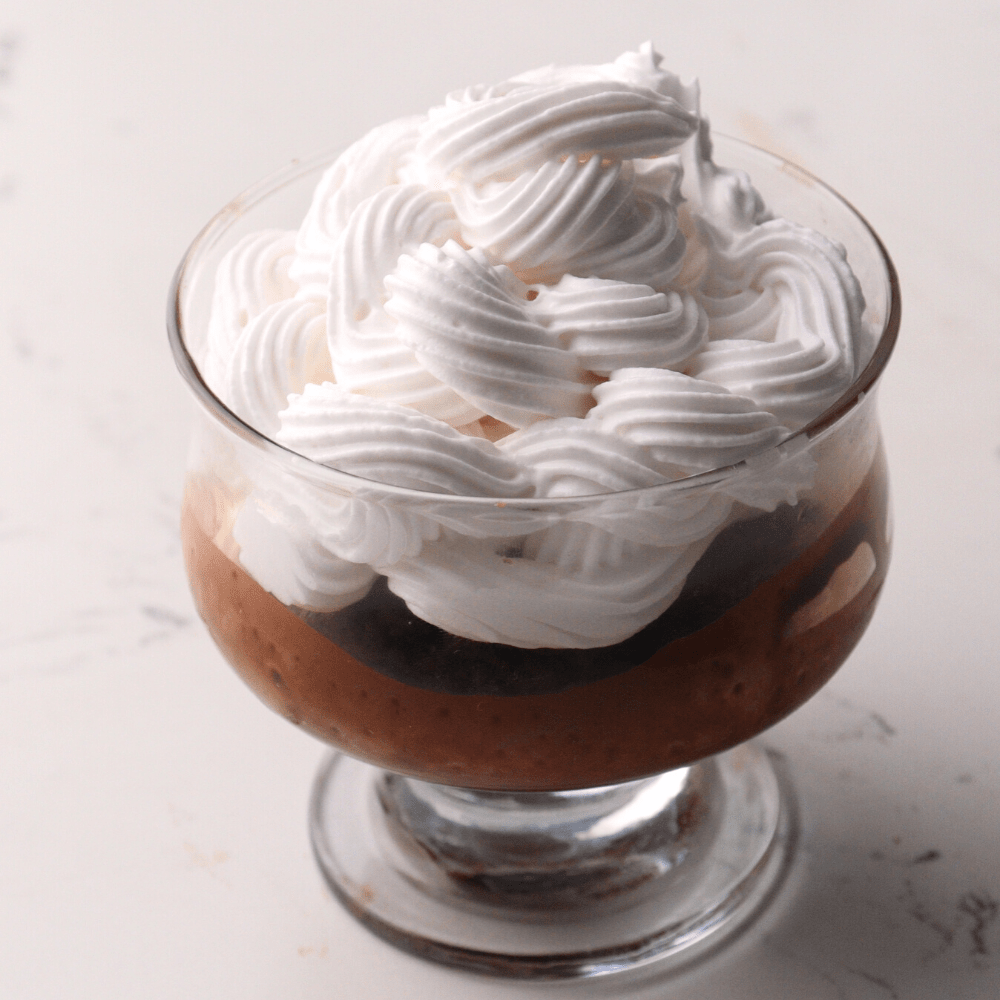 There Are Three Parts for this Recipe

A trifle is all about nicely defined layers, in this case, the brownie, the chocolate syrup and the whipping cream. I’m not saying this recipe is hard or anything, but you do have to make the trifle’s components separately.

For the brownies, we’re going with a tried-and-tested microwave brownie. Also called mug brownie. That way, we can let the microwave do all the work while we focus on the more challenging element, the low carb chocolate syrup.

And by challenging, I mean it takes 10 minutes to make, and you only use one pot. Still, making chocolate syrup is tricky, especially because you must stir while it thickens to get the perfect texture.

The final part is the whipping cream, and since we don’t want the nasty stuff from a can, we’re making our own by whipping some heavy cream with your favorite sweetener.

For the brownies, you’ll need almond flour, cocoa powder, milk, butter and vanilla. Of course, we’re throwing in there a few chocolate chips to add some fudginess to the trifle’s brownie layer.

Here are some thoughts on the sweetener. You can sweeten the trifle’s different elements with any sugar alternative you have in hand, from commercial Swerve to your favorite brand, including allulose and erythritol. Keep in mind not all sweeteners are equally sweet, so adjust accordingly (I’m giving you some other options in the recipe.) 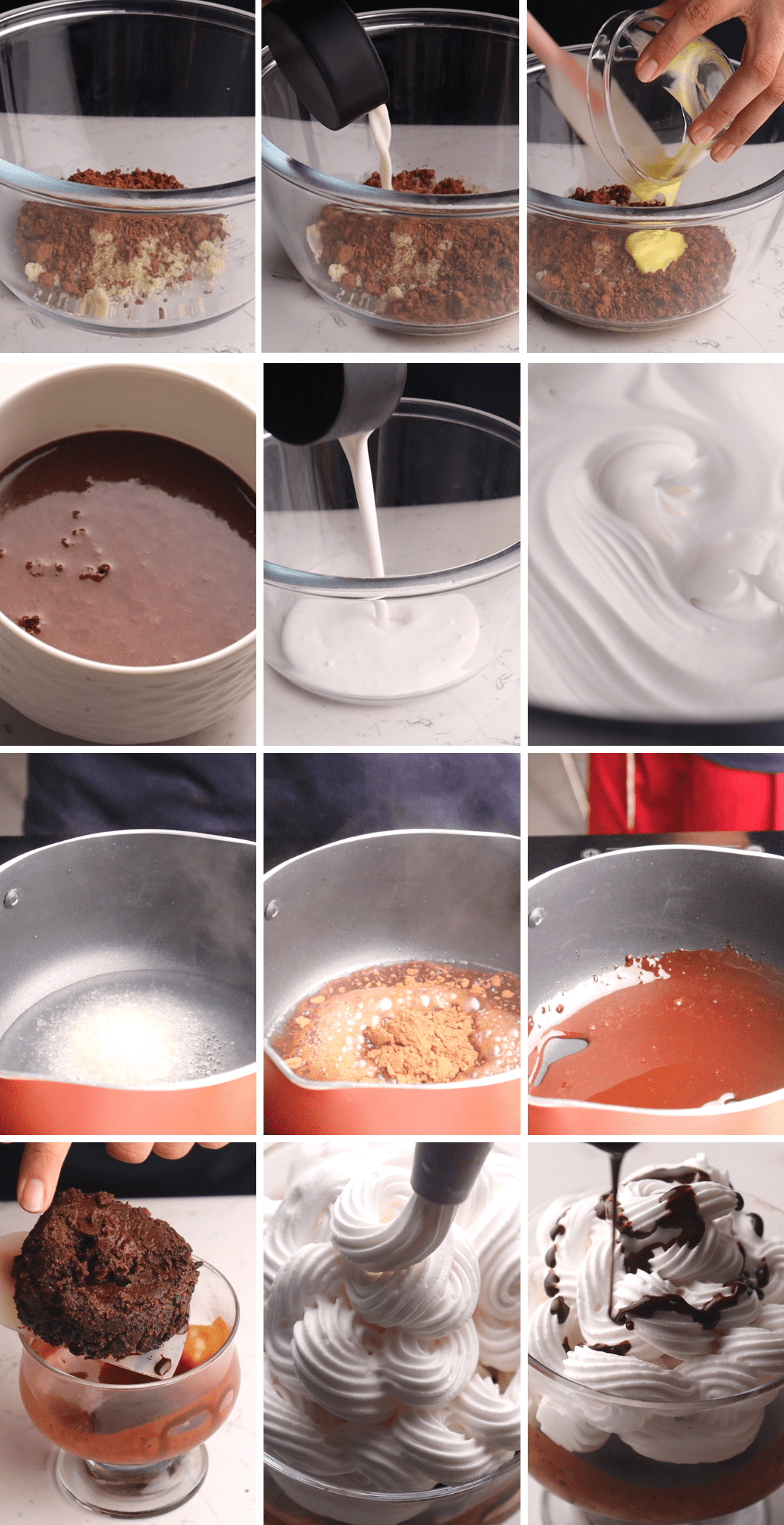 Trifles are everything you want them to be. Substitute the brownies with slightly sweet keto biscuits and use caramel sauce instead of chocolate for a caramelly alternative.

You can also throw in your favorite nuts and seeds, and even a few fresh blueberries because, why not? Trifles might be centuries old, but they’re also super trendy right now. Few desserts are as pretty as a nicely assembled trifle.

And talking about assembling the trifle, chose the serving cup wisely — you want to use a crystal glass or something similar to be able to see all those glorious layers of flavor. 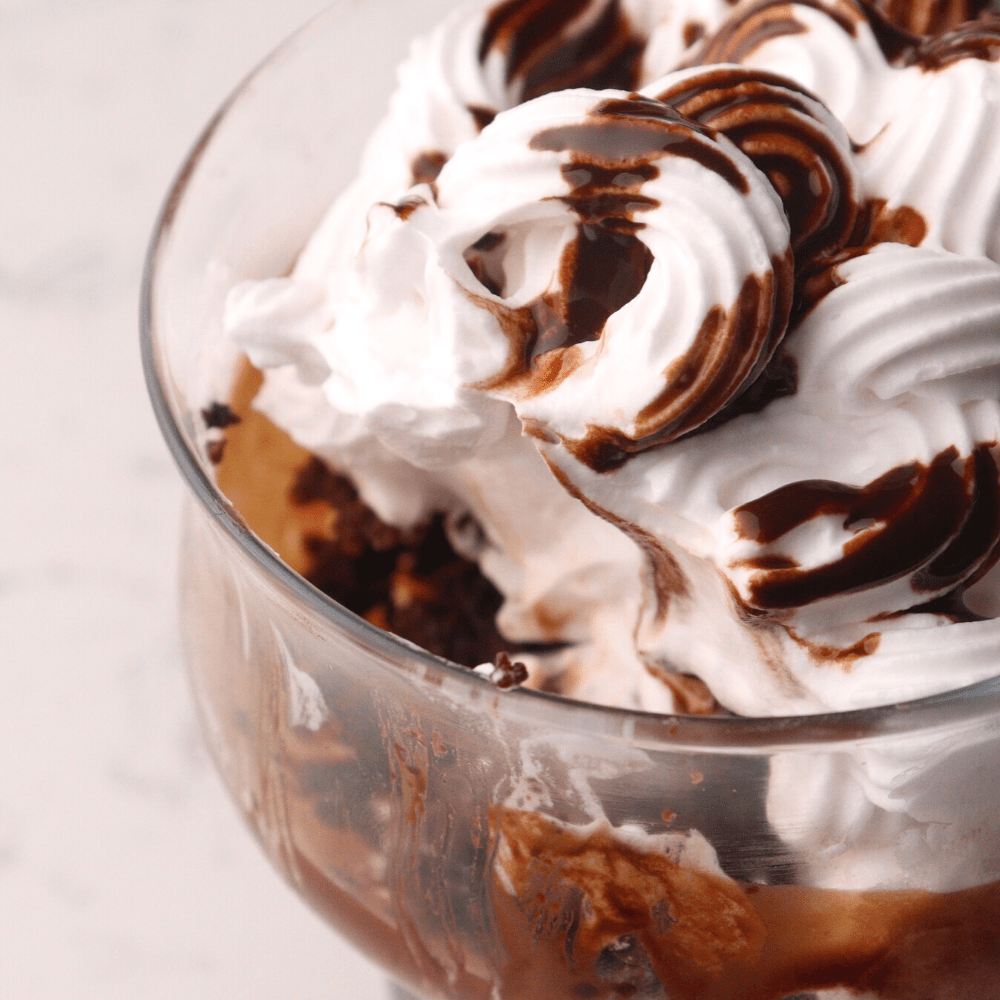 For the keto chocolate syrup:

For the whipped cream: