Whether you’re looking for a quick and easy dessert or are just dying for cheesecake, but don’t want to light up the oven, these raspberry cheesecake bars are for you.

The keywords here are raspberries and cheesecake, of course, because just a drizzle of freshly made raspberry coulis made with actual fruit makes any cheesecake much tastier! And this is no ordinary cheesecake either; you don’t have to bake this one!

In a nutshell, allow me to share my recipe for a no-bake raspberry cheesecake made with ultra-low-carb ingredients to slice into tasty bars with the crumbliest crust. Here’s what you need to know about these tasty treats.

How to Make a Low-Carb Raspberry Cheesecake?

Any good cheesecake has three parts, a crust, a soft filling and the topping, of course. So let’s focus on these individually.

Firstly get topping out of the way as you’ll want to cool it down because pouring it over your cheesecake straight off the stove will melt the cheesecake filling and it will be a disaster.

For the topping, Mix fresh raspberries combined with just a splash of our secret syrup to make a coulis. Coulis is the fancy word for a rich and colorful sauce made with puréed fruit.

For the crust, we’re going for the versatile almond flour, which we’ll mix with butter and my secret binding agent and sweetening syrup.

What you get is a crumbly yet compact dough that you can press into any mold. I use a loaf pan because I enjoy cutting this cheesecake into two-bite bars. 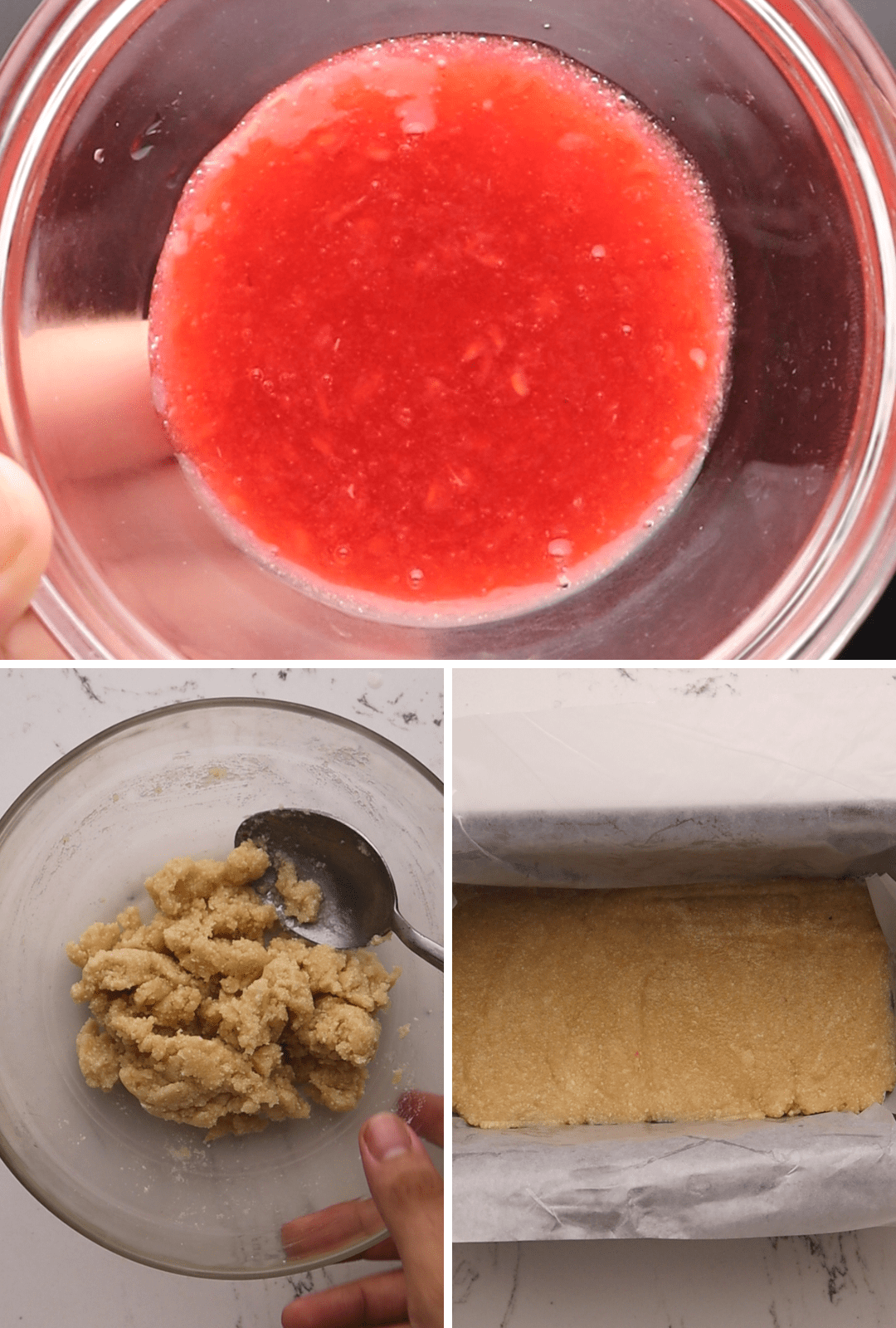 Then we have the rich filling, and this one is a combination of sweetened cream cheese with just a dash of vanilla and whipped heavy cream. Don’t worry; this one is easy. Just have in hand an electric hand mixer and whip that cream like you mean it! 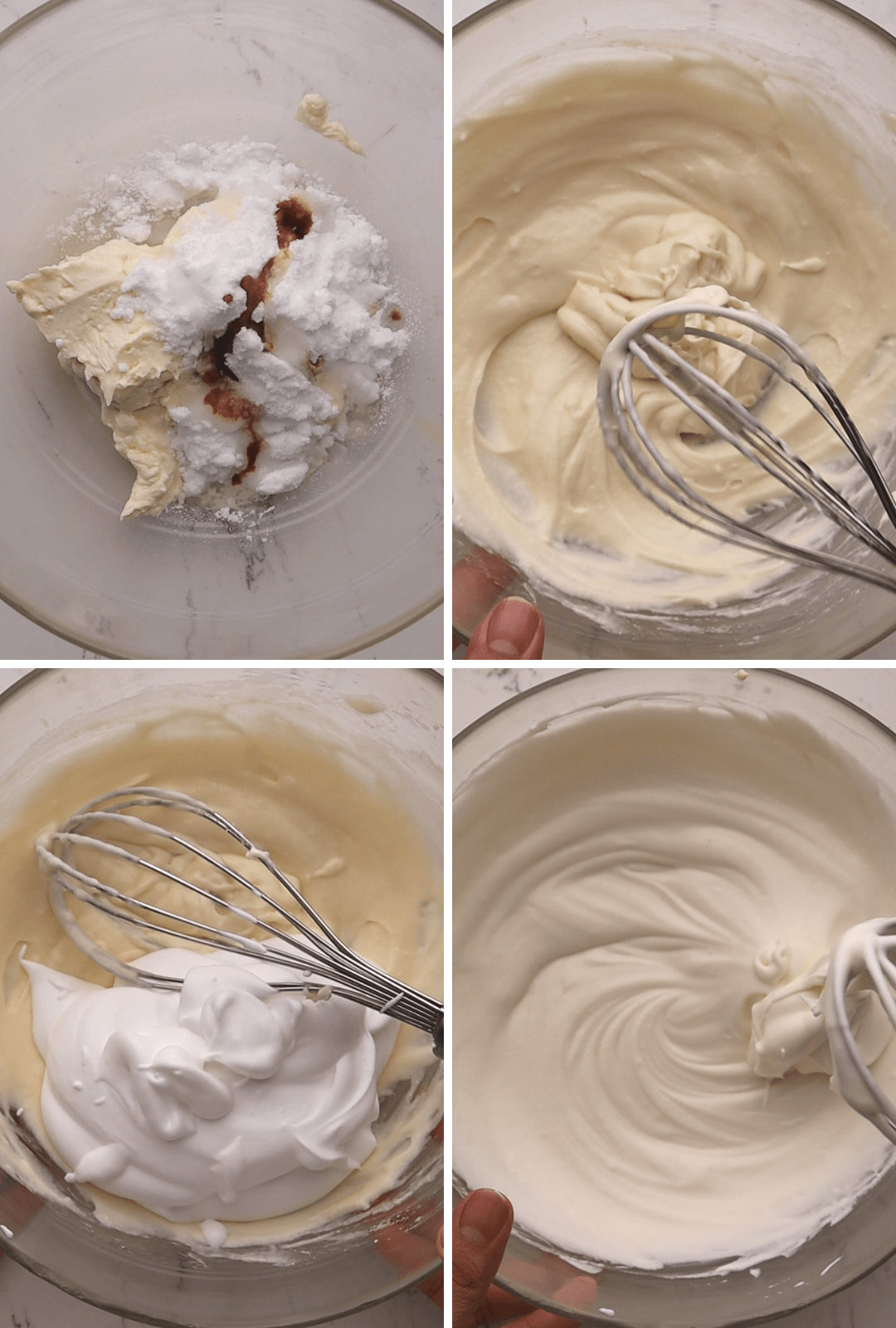 Once you pour the fluffy mixture over the almond flour crust, smoothen the cheesecake filling with the help of a spatula.

Drizzle the raspberry coulis on the cheesecake and use a toothpick to create an attractive design. That’s how the I do it, and so can you! 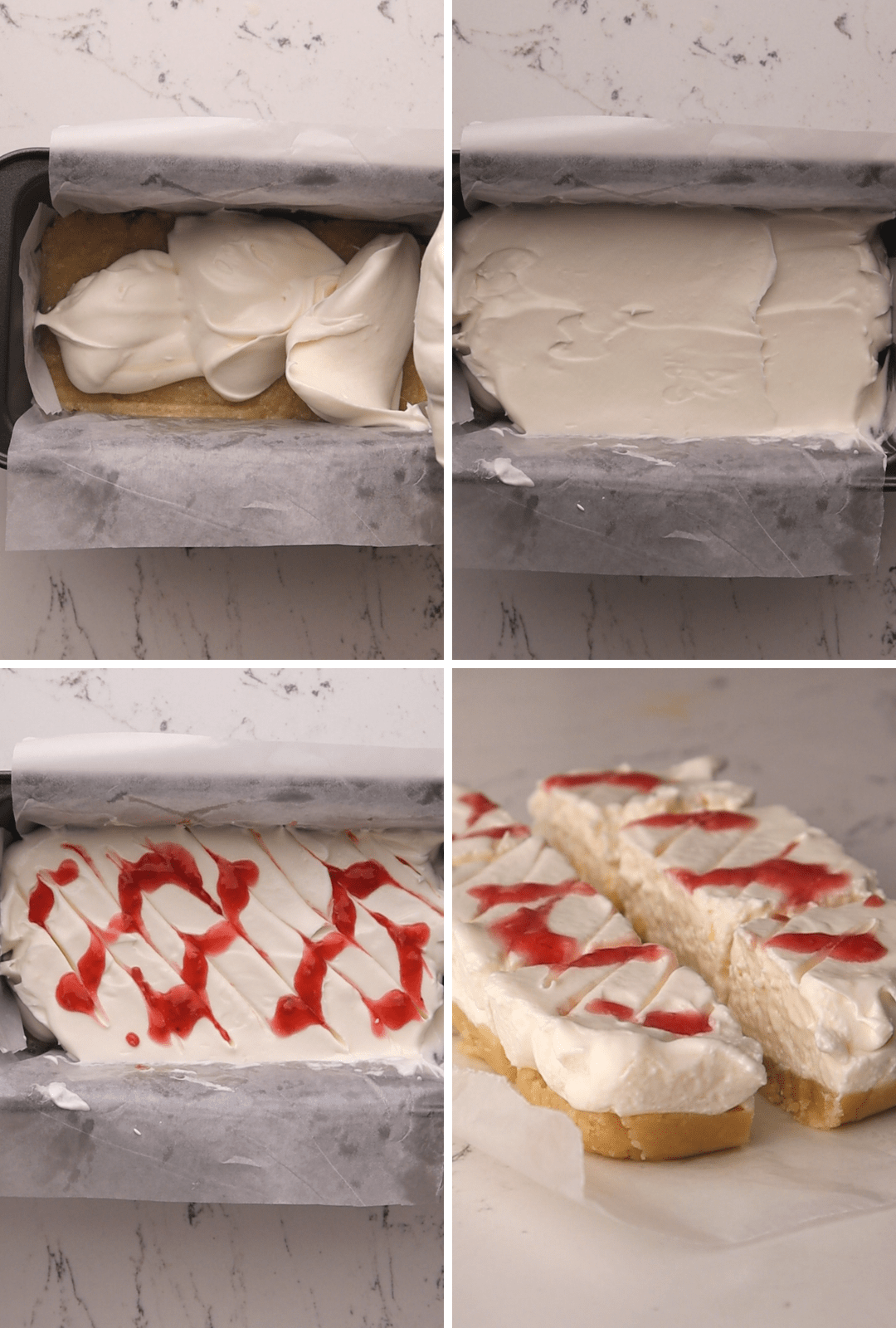 Tips for the Perfect No-Bake Cheesecake

Now we’re ready to get started. Once you have a pretty batch of cheesecake bars, you can store them in the fridge for up to a week in a BPA-free plastic container with a lid. They’re a fantastic quick lunch, a decadent dessert and a nice grab-and-go snack to munch on when in a hurry. Aren’t cheesecakes fun? They’re easy to love!